That One Time I Got A New Camera for Christmas

As many of you know, my husband Reggie is a super-talented and creative guy.  He loves working on BMWs, as well as special interest cars, like old GMC and Chevy trucks, vintage MGs, cars of all kinds.  Some of you have seen his sculptures over the years too.  We used to have a table made from an engine block that ran for the last time at the track during a driving school.  It will soon be for sale, since it’s not the most toddler-friendly coffee table around!  He’s also made a taller cocktail type table, a cat, a dog …all out of recycled BMW parts that he keeps around at his shop.  They are all so cool and so unique!  Well, this Christmas, I unwrapped a camera box, which he found in the basement, and inside was another one of his hand-crafted pieces…a camera!  I couldn’t believe it!  I was totally surprised and totally flattered by this one-of-a-kind work of art, complete with a rotating lens! 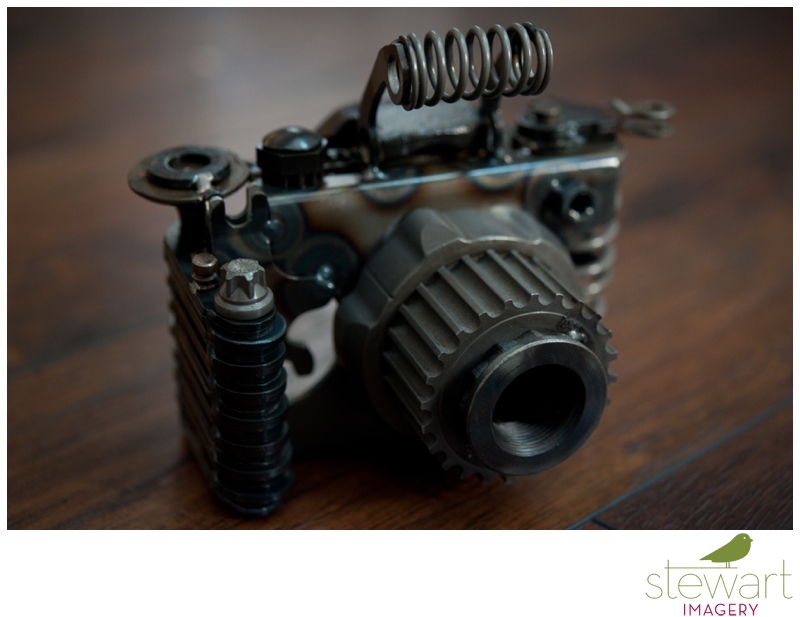 I love that the shutter is a nod to old school film cameras.  Using a 35mm, Reggie studied photography in high school learned to process his own film in the darkroom. 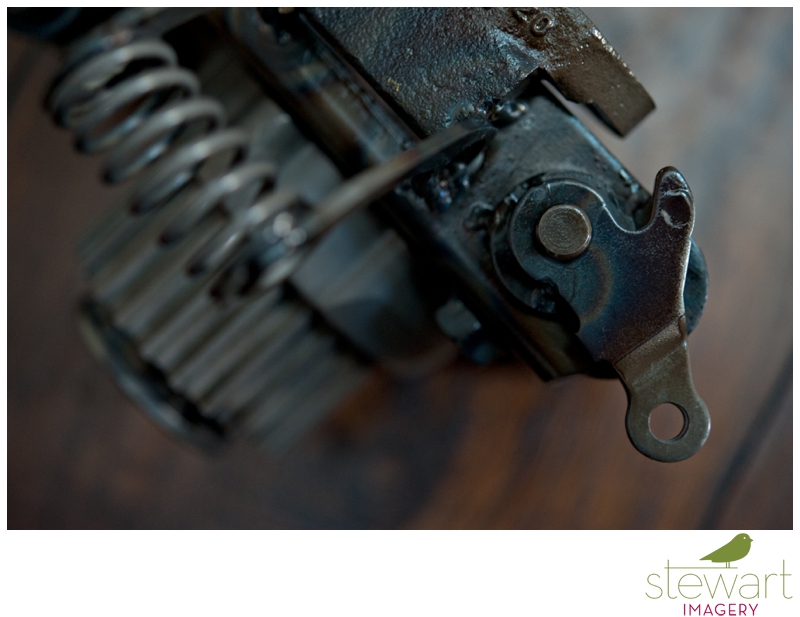 A friend of ours has commissioned Reggie to build a similar camera as a gift to her husband! 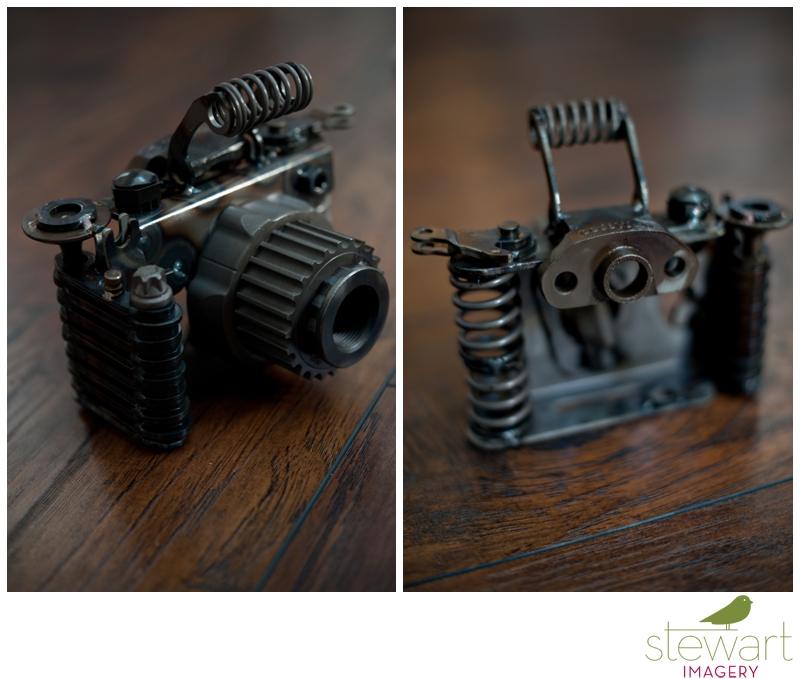 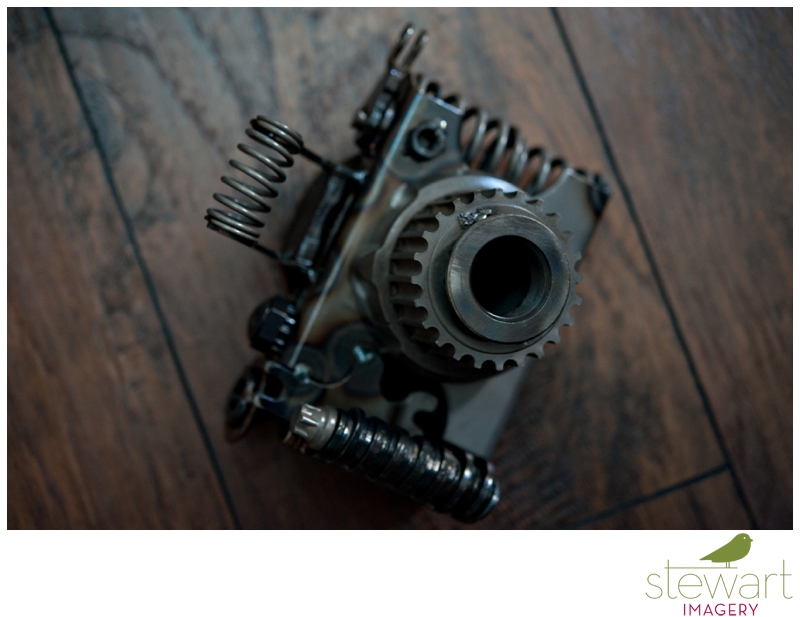 I love his perspective on the world, and how he always sees things in a different light.  I’m so blessed to be married to such a imaginative, inspiring, and supportive man, who continually encourages me to chase my dreams.  I love you, Reggie!
Posted in Personal

Welcome to the Stewart Imagery Blog!  I'm Stephanie, and I'm so excited to share all of my recent wedding and portrait work, as well as personal stories relating to life with two sweet boys and their handsome dad! Sit back, relax, and savor the sweet details of life and love that I have the joy and honor of photographing!