Ready for the Road

My husband asked me to take some photos of one his finished projects. This sweet cabrio belongs to our friends, Sean and Kristen, and was destined for the crusher a few years back, when Reggie got a phone call asking if he would know anyone interested in it. Reggie made a phone call to Sean, and he was definitely interested, even though it would need a little work. Ahem, make that a lot of work. Sean said “Yeah, that would be cool.” So a deal was made that sealed the fate of this hunk of metal, destined to be just that…only crushed to tiny bits and pieces of metal. Plus, the car only had roughly 86,000 miles on the odometer. The car was towed to Reggie’s shop. I remember looking at it thinking this was going to be quite a project. An expensive project at that! I mean, the seats and dash were covered in dirt, dust, and grime, just crumbling away. Trash and debris was strewn about the interior. The top was shredded. As for the paint, I could barely tell the car was supposed to be white. Then Reggie cleaned and buffed just a small section of the hood. Wow! There actually was a nice, clean car hidden underneath!

To make a long story short, Reggie has done quite a bit of work to this car. To get the full scoop, please check out his blog, some of this will look quite familiar. 🙂 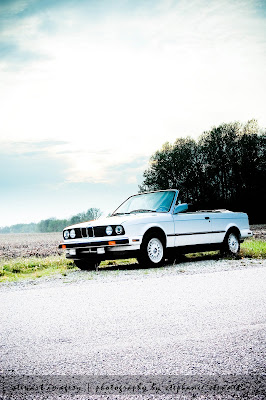 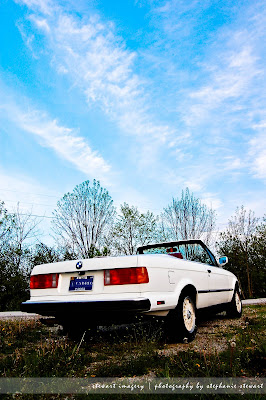 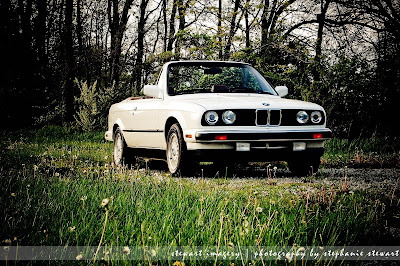 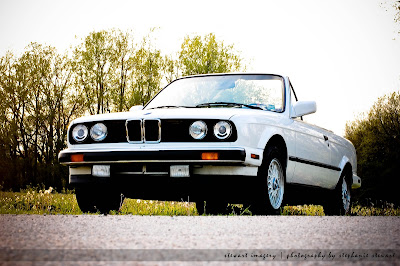 This is one of my favorites. There’s just something cool about this bridge with the signs on both sides. 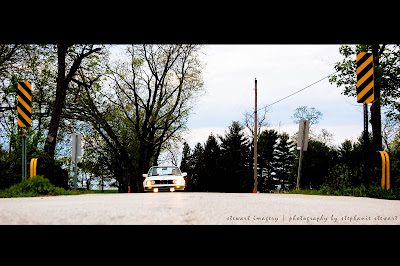