It was cold, snowy, icy.  A snow day off from work.  The alarm was set to go off a little later than usual.  When it finally sounded, I went to look outside. He asked me what I wanted to do.  “Sledding! I want to go sledding!” was my immediate answer.  I hadn’t been sledding in years, and it just sounded like tons of fun.  After all, what better way to spend a snow day, right?  We got bundled up, and hopped in the car.  Wait, we needed something…a sled!  So despite the snowy roads, we went shopping for a sled.  I don’t recall if we found it at the third or fourth place we visited, but that doesn’t really matter in this story.  We did, however, find two matching lime green sleds, and we were off to a popular hill nearby.  Several others had the same idea!  The steep hill was dotted with bright winter coats, spaceship-like saucers and sleds, and laughs and shrieks echoed across the landscape.  We took several trips up and down the hillside, our hands tingling from the cold and snow sneaked in when we tumbled off at the foot of the hill.

After we’d had our fill of sledding, we grabbed some lunch and headed home for a nap.  Ok, maybe I just took a nap. When I woke up, Reggie was busy in the kitchen.  He’s a great cook, so I knew I would be in for something delicious soon.

I decided to get ready for dinner, and when I came out, Lola, our cat, was sitting at the candle-lit table.  It was too cute!  Reggie announced that dinner was ready.  It was such a good meal!  Salad, bread, baked chicken wrapped in bacon coats.  And for dessert, we would be having my favorite, which Reggie had made himself…tiramisu!  Yum!

As we finished dinner, I mentioned I had a little gift for him.  He said he had a little something for me too, and would be just a minute out in the garage to finish it up.  I heard some pounding, some hammering, more pounding and hammering.  What in the world was he making?!  He came back inside and told me to come in the laundry room.  The lights were off, and I fumbled in the dark to find him and whatever he had built in the garage.  Then suddenly a little light shined down on something sparkly.  Then and there, in the laundry room, in the dark, he asked me to marry him.  We popped some champagne to celebrate, which he had set outside to chill in a snowdrift.  Best Valentine’s Day ever.

Three years ago today, Reggie asked for my heart, and I couldn’t be happier. 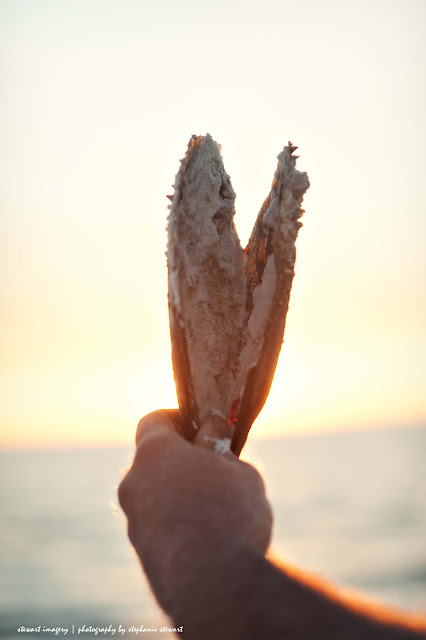