Reggie and I took the Baur for a spin around the Indianapolis Motor Speedway. It was a bright, sunny day, and the cars were lined up outside the IMS ready for their turn to go around one of the most famous tracks in the world. We were told the speed limit was 30mph, but we only got up to about 10mph. Police and safety vehicles were parked throughout the track to keep all of the drivers in line, and most of the drivers were going pretty slow…better to soak it all in that way, right? The best part was heading down the main straight, toward the pagoda, toward the yard of bricks. This year is the 100th running of the Indianapolis 500! 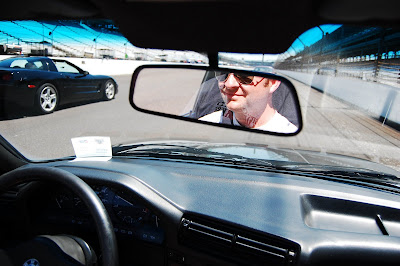 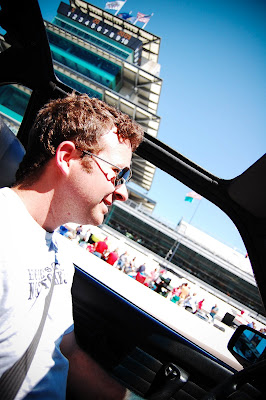 As we passed pit row, we saw old race cars on display,
so we checked those out after our victory lap. I’ll take this pink one! 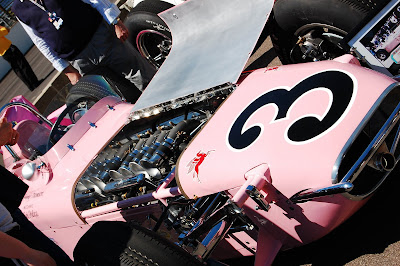 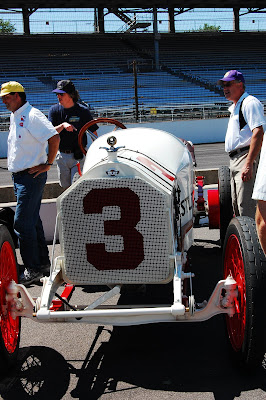 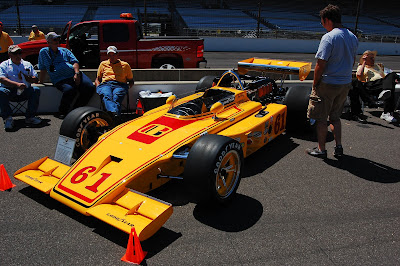 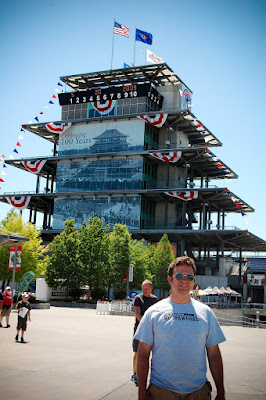 We took a quick walk through some of the garages
and saw driver Scott Dixon signing autographs for some lucky fans. 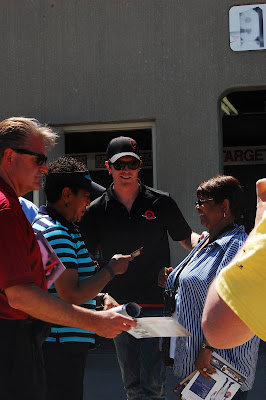 And the trophy all the drivers want to claim… 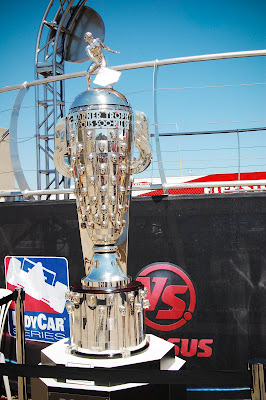 If you’re heading out to the race this weekend, enjoy it!